When watching a football game, people tend to only remember the mistakes a referee makes, however we often don't realize how many correct decisions were made before that one wrong decison.

In this blog, we dive into deeper detail about the amount of decisions an English Premier League referee makes per game, and the astonishing accuracy with which they make these decisions.

A few years ago (Friday 16th of March, 2018), there was an interesting story by Gerard Brand about the number of decisions officials get right  in the English Premier League.

According to the PGMO (Professional Game Match Officials), a Premier League referee makes around 245 decisions per game, three times more than an average player touches the ball over 90 minutes. That's one decision every 22 seconds.

Approximately 45 of these decisions are technical - whether goal-kicks, corners or throw-ins - leaving around 200 decisions to judging physical contact and disciplinary actions.

Of those 200, around 35 are visible decisions where an action is taken (fouls, restarts), and 165 are non-visible, where play is allowed to continue. 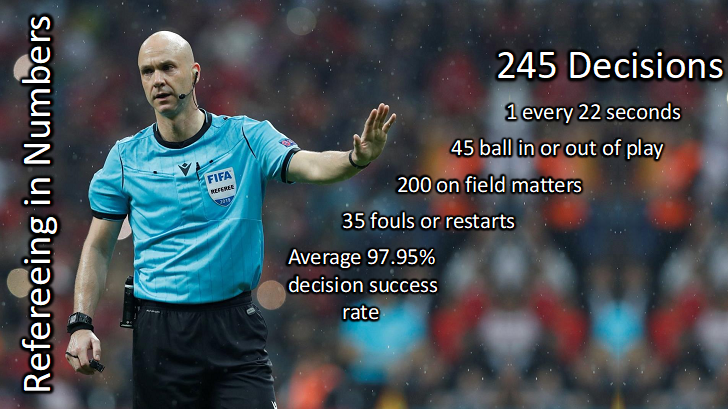 In total, refs make around five errors per game, meaning they are right 98 per cent of the time.

The assistant referee makes on average 50 decisions each game; 45 of these are pure offside judgements, with four of these resulting in offside flags. Their accuracy? Again, a staggering 98 per cent. 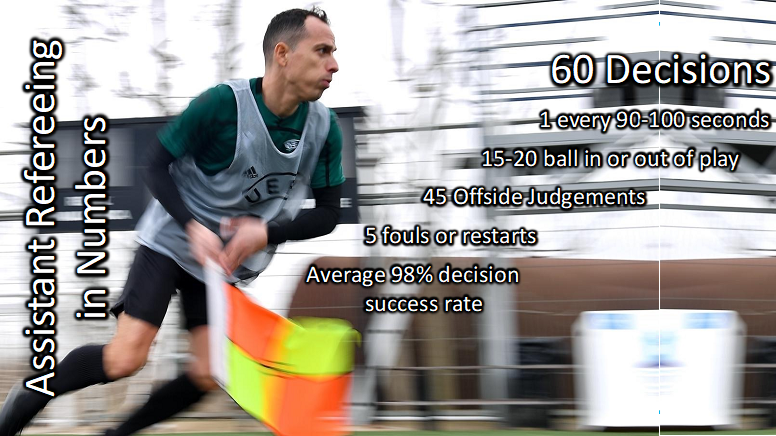 However, based on our own research, referees may be much more involved with respect to perception and decision making. Let's start with the facts and figures in the table below.

For referees, the number of activity changes is about 1268 or a change in activity every 4 seconds. Of these 1268 activity changes, 588 and 161 are a consequence of low-intensity and high-intensity running match activities, respectively. Of course these changes are related to what is happening on the pitch. As published in our research paper in Journal of Sports Sciences, there are 200 purely technical decisions. In total this makes 1612. 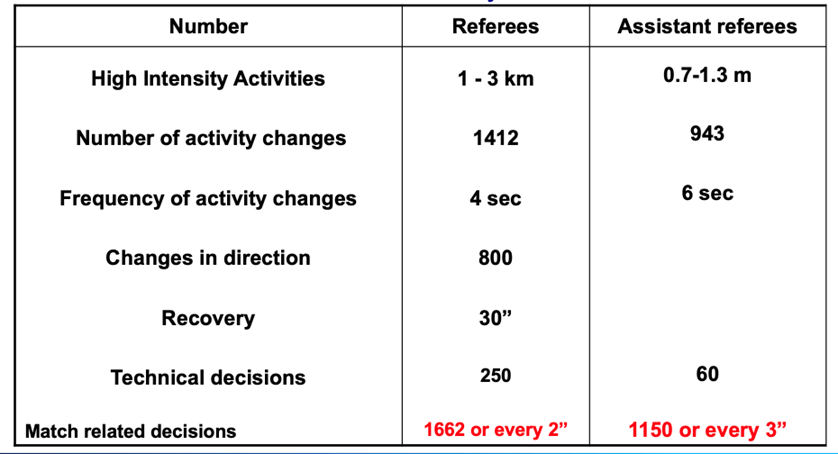 If we consider an effective playing time of 60 min or 3600 sec, then the referees take a game-related decision every 2.2 sec.

Just like players, referees are multitasking throughout the games. Specifically, this means that they are physically very active, but they also need their senses (primarily visual-perceptual) and their cognition (working memory). And this also applies to players. The Man City - Real Madrid game was a master class with respect to team decision-making. It was not only physically very intensive but also in terms of smart thinking, problem-solving, and decision-making under pressure!

Therefore, we strongly emphasise the integration of motor, sensory and cognitive inputs or stimuli during training. A typical example is the on-field review exercise where referees have to run 150 m at high speed before taking a technical and disciplinary decision. 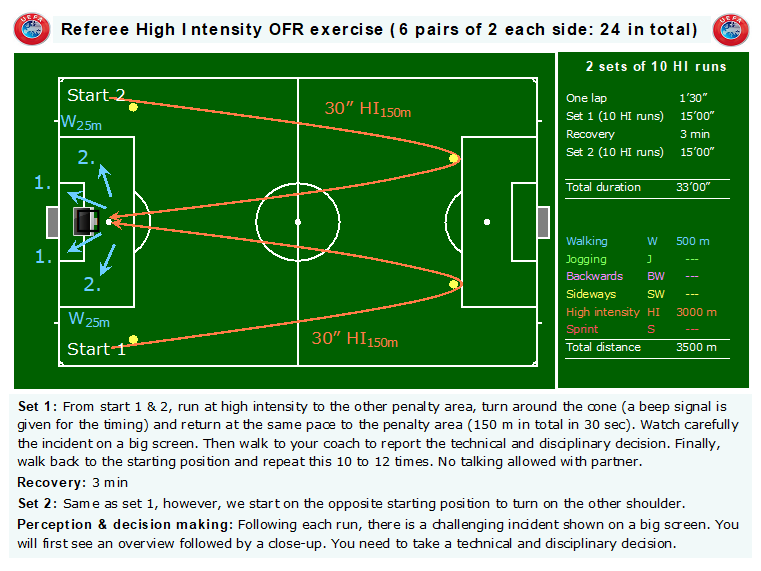 The number of decisions referees have to make has increased by around three per cent in each of the last two seasons, and that is only likely to go up in the coming years as discussion around rule changes intensifies.