“On our website are a few interesting clips that show how our online application works. We use this tool for our online perception and decision-making training”.

The story is originally posted on Dutch Referee Blog. You can find it on https://www.dutchreferee.com/how-ars-train-and-prepare-for-top-games/ 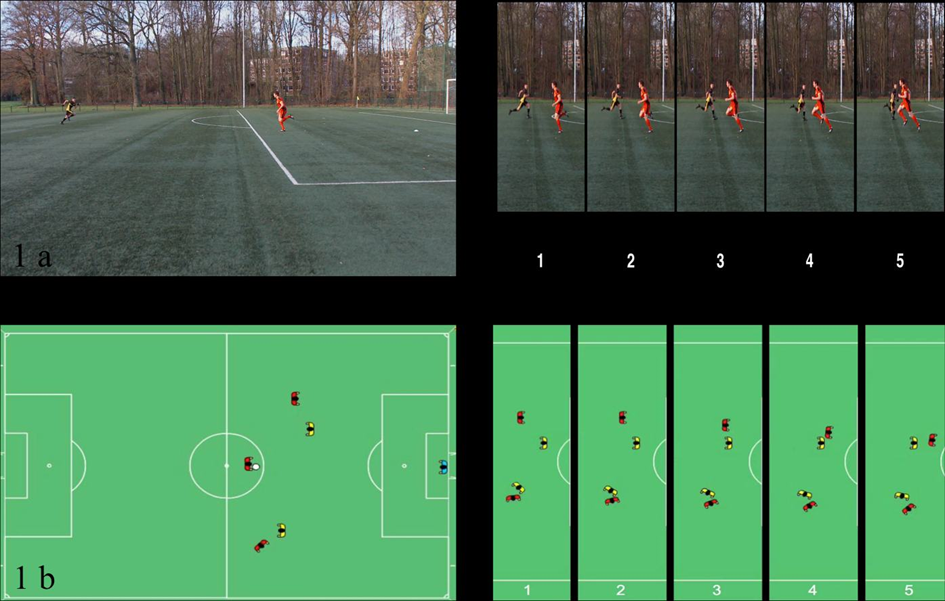 Image from interview with Koen Put about Euro 2016 preparation

Reason to develop this training method

In the first instance, this way of training was developed in cooperation with UEFA when goal-line referees (AARs) were introduced at the occasion of EuRO2012. These AARs had to look at situations from a different angle than they were used to as a referee. “Therefore, it was important to give them additional experience with that specific angle from behind the goal line”, says Werner Helsen.

“We’ve filmed a lot of our own footage from that position on the field of play, even during European matches.” That way we created optimal match situations to learn from. “We’ve extended this to assistant referees too, because in one of the first publications, after the 2002 World Cup, we noticed that 1 out of 4 offside decisions was incorrect. The most important mistake was that ARs signaled offside while there was no offside.” During the World Cup in Germany in 2016, the error margin due to specific on- and off-field training was more than halved, says Helsen.

In response to these statistics, FIFA financed a research project to flag errors, which was conducted by a research group by Werner Helsen. That led to different doctoral projects by B. Gilis, P. Catteeuw, K. Put en J. Spitz. Dutch Referee Blog spoke with Koen Put before Euro 2016.

A part of the research happened on the field of play by simulating situations with players. Also difficult situations were shown online to assistant referees. “We’ve also researched if online training results transfer to the matches. We noticed an improvement of performance with 23 to 25%.” There was a positive transfer from online training to the real matches.”

Example of how this works with clip: https://www.youtube.com/watch?v=Fz__DbcD3Z4

Check out all footage at Perception4Perfection.

After this we’ve researched how to improve and refine the clips. Therefore, they often filmed match incidents with the U21 of OH Leuven, a partner club of Leicester City. “The players are trained for the situations”, says Werner Helsen. Near the sidelines there’s a film rail, so the camera can follow play and always show the best view. Everything is recorded in HD slow-motion.”

Moreover, standard situations that happen a lot are filmed, like corner kicks and free kicks from the sidelines. He notices as well that nowadays attackers in the Champions League start in offside position and move in the other direction. “We use the clips to make referees become familiar with this and ensure they are prepared for this.” A similar situation was described in the story of Clément Turpin’s match preparation as referee.

One of the eye-openers of the online training tool thanks to HD slow-motion is the so-called back leg of a defender. With this leg the defender keeps the attacker onside.

Causes of the errors

Werner Helsen conducted research for 20+ years on the decision-making by referees and assistant referees. Thereby, they also compared refereeing with decision-making processes with pilots in a cockpit, radiologists who have to judge scans with a tumor. Research shows that on all 3 domains wrong decisions can be explained by the following factors:

That also happens in a team with referees, assistant referees, 4th official, VAR and AVAR. And in a lot of other situations in life. In many problem-solvingobserved situations where people under time pressure have to make decisions, it happens. For example, also with police officers who are confronted with a dangerous situation. In all these domains the same pattern is observed and the same factors appear to result in errors.

One of the lessons from Werner Helsen are: “It’s easy to miss something you’re not looking for”.

The top assistant referees had the desire to keep practicing, in order to be better prepared and make less mistakes in their games. They also asked for situations with goal / no goal situations, because in their national leagues they not always have VAR, plus they want to be able to make the decisions themselves as well.

All ARs that are active in the Champions League and Europa League get access to the online application Perception4Perfection. “They are exposed to at least 6 sets of 20 clips per year, which they have to solve before a certain deadline.” They can do this as often as they want, because the situations are shown in a randomized order. National associations can show these clips with permission of UEFA to their own ARs via http://perception4perfection.eu, that originated from the research work done at KU Leuven. “UEFA considers that if the level rises in the countries, UEFA also benefits from it”.

The ARs scored well on these online tests. The first time they used the platform to see clips they got 76,9% correct and then they improved to 88,7% at t heir last exposure to a given set.

Training for VARs is used nowadays in a similar way via the platform. Some results: first exposure to a set of 20 clips resulted in an accuracy of 88%, while the last exposure improved till 95%. And according to Werner Helsen, it’s also interesting to see that referees use it in their match preparation. “They use the clips before the game to train with the whole team how to communicate when something like this happens in their match.” 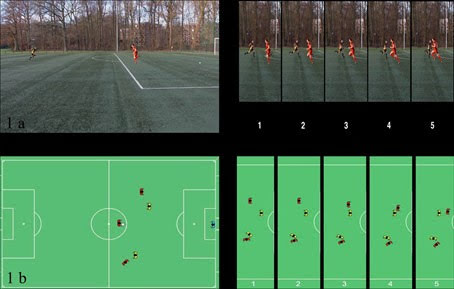