To perform well at a top tournament, preparation for referees was crucial. And according to Werner Helsen it is, amongst other things, due to Covid-19 a season that we will not soon forget. With competition stops, preparations with restrictions and furthermore a packed schedule with postponed matches to be played as well. Werner Helsen is Sports Scientist & Training Expert at UEFA and professor and researcher in Performance Science at KU Leuven. In this story, he shares insights to you as a reader on how referees performed at and prepared for the Euro 2020 tournament.

On average the referees at Euro 2020 ran 790,5 meters per game at high speed (including sprints). At one of the games, it was even 1881 meters. Later on in this blog, you’ll get more statistics on speed, distance to fouls and top speed.

The story is originally published on https://www.dutchreferee.com/euro-2020-referee-stats-training-preparation-for-referees-werner-helsen/ 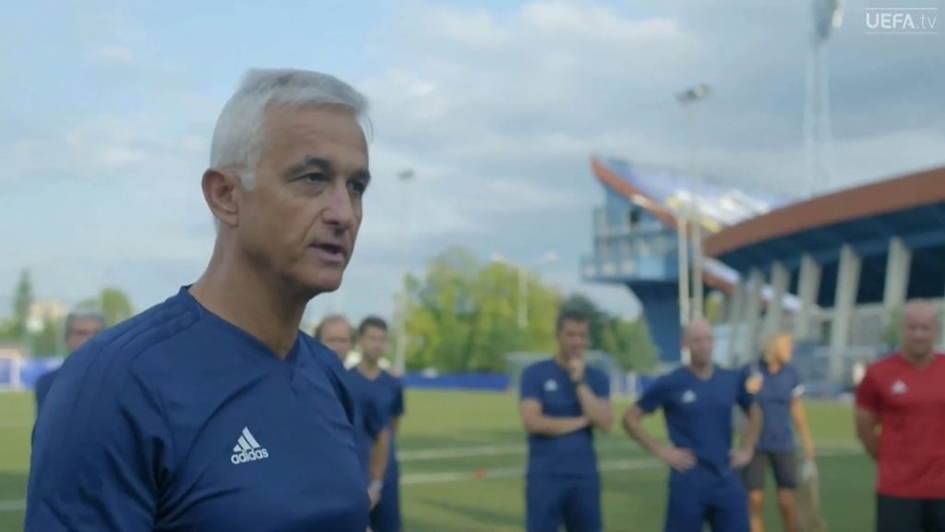 The preparation for season 2020-2021 was more difficult for a lot of referees, also in the national leagues, because sometimes fitness clubs, gyms or outdoor sports areas were closed. Moreover, in the spring there were a lot of postponed matches to be played to catch up with the schedule, as most competitions started later than they’d normally do.

“The travel schedule also caused an extra load, because there were fewer flights available”, says Werner Helsen. Not to mention possible Covid-19 infections.

Referees arrived in Istanbul on June 7th. During the preparatory gathering in Nyon in May with the Euro 2020 referees a fitness test was already conducted. European referees run the Single-Double-Single-test, designed upon request by UEFA. In this story you can read why the SDS-test has been developed. A test is just a snapshot, emphasizes Werner Helsen. He checks almost on a daily basis the physical training regime of the referees, which are uploaded by the match officials via a heart rate watch on an online platform (Topsportslab) that is used by Uefa. Based on this information, he can provide feedback on the quality of the training and, if necessary, adjust. It’s crucial for example to train with high intensity, take enough rest and also to vary your sessions on training days. In particular he also considered particular recovery strategies for the older and most experienced referees like Björn Kuipers who refereed the final or Felix Brych who officiated 5 games in total. 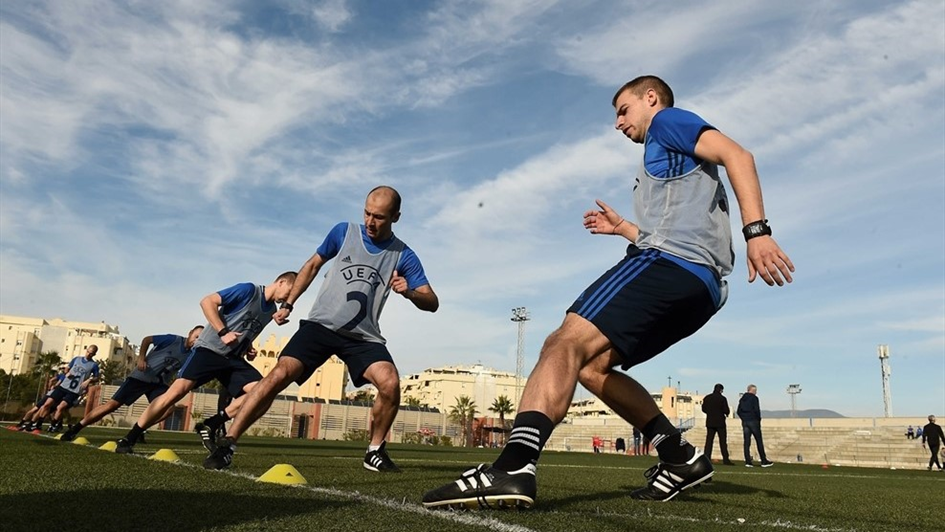 In addition to that, the extra substitutes make it more intensive for referees. 10 subs in regular time, plus 1 extra per team in extra time. “We noticed that the intensity of the game has increased. Furthermore, teams will have 26 instead of 23 players in their squad, giving teams the opportunity to always line-up a fit team, in particular at the end of the game where they can line-up up to 50% fresh players.”

Werner Helsen and his colleagues have recently analyzed approximately 400 match loads of referees and assistants in the Champions League. “Based on these match loads we can also predict the match load during the European Championships. We’ve taken this into account when we’ve put together the training schedule for the referees”

During the meeting in Nyon in preparation for the Euro 2020 tournament, three important targets were discussed:

One of the most important pieces of advice: “It is important not to train significantly more or less than normal. Avoid peaks and drops”. Some referees were still active in the national leagues or play-offs the last couple of weeks. They joined the training programme by Uefa after that.

The physical keywords for the European Championships: fit, fresh and match-ready. “Referees will get the necessary incentives, but they absolutely have to take enough rest [while preparing for the tournament]”. During the weeks before the tournament, referees don’t have matches any more, but they’ll do so-called match simulation sessions. Thereby, they train an hour and both sprints and high-intensity will be incorporated.

Werner Helsen was so kind to share an example of a session. Referees do pitch-based training, which consists of 4 exercises per set. Referees perform 3 sets, with 2 minutes rest in between. A set:

Fitness levels higher than in the national league

The physical load during a European Championship is higher than during the national competitions. Referees from big leagues like England, Spain, Italy and France regularly indicate that they perceive a huge physical difference in the Champions League matches compared to games in their own domestic league. “Preparing of match officials for a European Championship is really something different than preparing them for a national championship.” Specifically, elite referees spend 15 to 20 min more in the high-intensity zone compared to domestic matches. 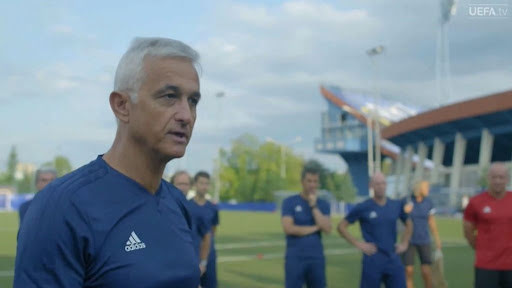